The word is Freemason, Freemasonry represents the romanian form of the words free mason (English), franc maçon (French) or frei Maurer (German language) which means “free mason (Master Builder)” and constitutes an legacy of one of the roots of Freemasonry: the builder`s guild which were making churches, basilicas and cathedrals in the Middle Ages. The name as such – Mason, Masonry – appeard for the first time around year 600, on the site of the Church Canterbury , located under the leadership of the legendary monk Austin. Almost half a century later in the year 643 during the time of the lombarde domination in Italy, a legal edict evokes the “Masters Masons from Como”. The new name (Masonry) for the ancient initiate order made a brilliant international career. A document from Germany speaks in 713, about “the presence of masons in the  monks ranks”. Prince Edwin – the son of King Athelstan – renowned geometer-philosopher, becomes “Great Master of masons in England”, developing, in the year of grace 926, ” Masonic Charta from York “, his being the first big attempt to convene a Masonic Constitutions into a single body of rules. About the terms “Mason” and “Masonry”, Etienne Boileau recalls in the year 1268, his famous  treaty  ” Book trades “. In 1285, there is another document, but this time Pontifical in which  is stated that “Brethren Masons are exempted from the taxes and dues and may travel free in all Christian countries”.

The first attempt to define the Masonry is located in the famous manuscript “Old duties”, known in history by the name of  REGIUS (in the year 1390) and COOKE (in the year 1410). After, in these manuscripts, are listed the seven liberal arts (grammar, rhetoric, logic, arithmetic, geometry, music and astronomy) follow`s the following text: “All the arts are based on the geometry. Even Grammar and Rhetoric itself could not exist without Geometry”. And now comes the edifying text: “The geometry is the art of measuring any thing in heaven and on earth. It is also called Masonry“. A few centuries later, in 1691, the scholar R. Kirk he was to realize a disturbing truth: “The origin of the word Masonry is still a great mystery” . Obviously, the geometry  has a much wider meaning than the one assigned today. In the concept of Pythagora – worshipped as the great patron of regularizes the of the era – the number is the geometric last reality in all that exists and manifested. In the same order of thoth, it should be recalled that on the frontispice of Plato`s Academy  wrote: “No one enter`s here, if this he is not geometry!“. Even  three centuries afther  the manuscripts of  “Regius and Cooke”, the first edition of the constitutions of Anderson, published in 1723, on the frontispice on the house, released a allegorical drawing, representing the two men examining the forty-seventh problem of Euclid, that is the very famous Theorem of Pythagora, according to which the square hypotenuse of a rectangular triangle is equal range to the sum of the two aquare sides. And therefore after 2200 years pitagoreic tradition of Confraternities esoteric have a place in the modern Masonry.

The second attempt to define the Masonry is located actually in the body of the constitutions of James Anderson. The text is still linked server`s ancient spirit of excessive caution, of expression strictly symbolical of the pursuit of the miracles mystery, to keep the hidden flame of life of the Order, to preserve and protect themselves from the profane world that is now constraint. Otherwise it cannot explain lapidary and the limited character, of this definition: “Masonry is the center of  Union and the means to get together friends among people who would otherwise have remained strangers for each others“. If the sole function of the Masonic Order would have been just to facilitate a simple meeting among frinds who are honorable people, Universal Freemasonry would have disappeared long ago.

A third attempt, much more interesting, for the definition of Masonry – as a way of life – we find it, paradoxically, not in a scientific text, but in a collection of “Songs of Freemasonry”, belonging to the Naudot’s: 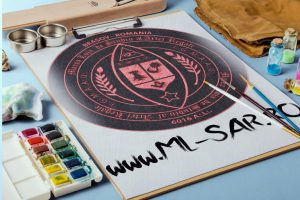 “Dial-in your soul virtue and meaningfulness of

Recognizes the laws of the supreme wisdom

Teach them the people the art of living virtuous

In the temple is the secrets of Mason

Show me grace in respectable Temple

And do not speak only never cordial language

They speak the kings of the earth

The language of the Royal Art

If you want to be a Mason”

This collection of songs – it is worth mentioning – coincidence has been published at the time of a great monarch Mason, in the 18th century: Frederic II of Prusia, nicknamed the Great. Indeed, he has applied the practice of Masonic tolerance, decreeing: “Whatever the religion, each man has, member of my own contry, has the right to be happy.

The fourth definition I discovered at the end of the same enlightened 18th century, in the Treaty ” the disciple`s Catechism”, published in London. The definition of Freemasonry gets, from now on, size and relief : “Masonry is a system of the original moral, loaded with allegories and iluminated by symbols. Masonry teaches you to be charitabl to do good deeds and to keep your soul clean, teaches you to estimate and appreciate the links of friendship, accepting the basic rules of any religion and to respect the prayers; to help the weak, to protect the orphans and to pick up those who have fallen; urges you to support the power and to promote morality and to develop science and fine arts; it teaches you to love the people, to fear the God and to hope for happiness“. It is observed leap in quality of the formulation, consistency and shade – to reflect the future fundamental principles, though the expression of the esoteric style prevail at the expense of the exoteric perspective.

The fifth definition we find it in the article 1 of the Constitutions of the Grand Orient of France: “Masonry, institution essentially philanthropic and progressive, has as its aim the search for the truth, the study of morals and the practice of solidarity. It shall act in order to improve the material and moral, in order to enhance the intellectual and the social inclusion of humanity. It has the principles of mutual tolerance, respect toward the others and to himself, absolute freedom of conscience“. Considering the metaphysical labyrinths concepts as being of the field of exclusive use of the individual assessment of its members, Masonry refuses any dogmatic assertion. It has the slogan: “Freedom, Equality, Fraternity”. We are already in Full modern Masonic civilization. The world has evolved. I arrived at the spread of  two large cultures: depletion of the Renaissance and the emergence of modernism, with all the paradoxes and contradictions. The Liberalism changes from the scope of the esoteric in concrete plan of social life, the XIX century envisioning the Great Lights, but also the black spots of the next age.

The Sixth definition of Masonry a we owe it to the Constitutions of the Romanian Masonry as they have been drawn up in the year 1894: “Masonry, the successors of old secret societies, is a missionarism, made up of members of any nationality or religion, intending to regenerate mankind by the formation of good morality and illuminate the people for the triumph of the truth, of justice and the achievement of the desired end of creation of humanity. Masonry is one and the same all over the globe;but she is divided in various families or order“.

The Romanian Masonry summarizes apostleship creed or in the following way:

Faith in the existence of God — The Great Architect of the universe – the reason causes, the force of all forces, resembling to the eternal life and justification of the Universe`s reason;

Well, it certainly is one of the most beautiful and vibrant definitions of Universal Freemasonry. It sounds like an urge to rigor, to order, at interior discipline free assumed. Has the thrill of an impressive call to reliving those mysterious spiritual forces, able to bring the light of progress.Our distinguished acestors have left us a Masonic inheritance, on which I haven’t yet meditated enough.

Last but not least, last definition is the shortest and most comprehensive. This belongs to the illustrious Barion Michael: “Masonry is first of all a manner of thinking, feeling, living and acting“.