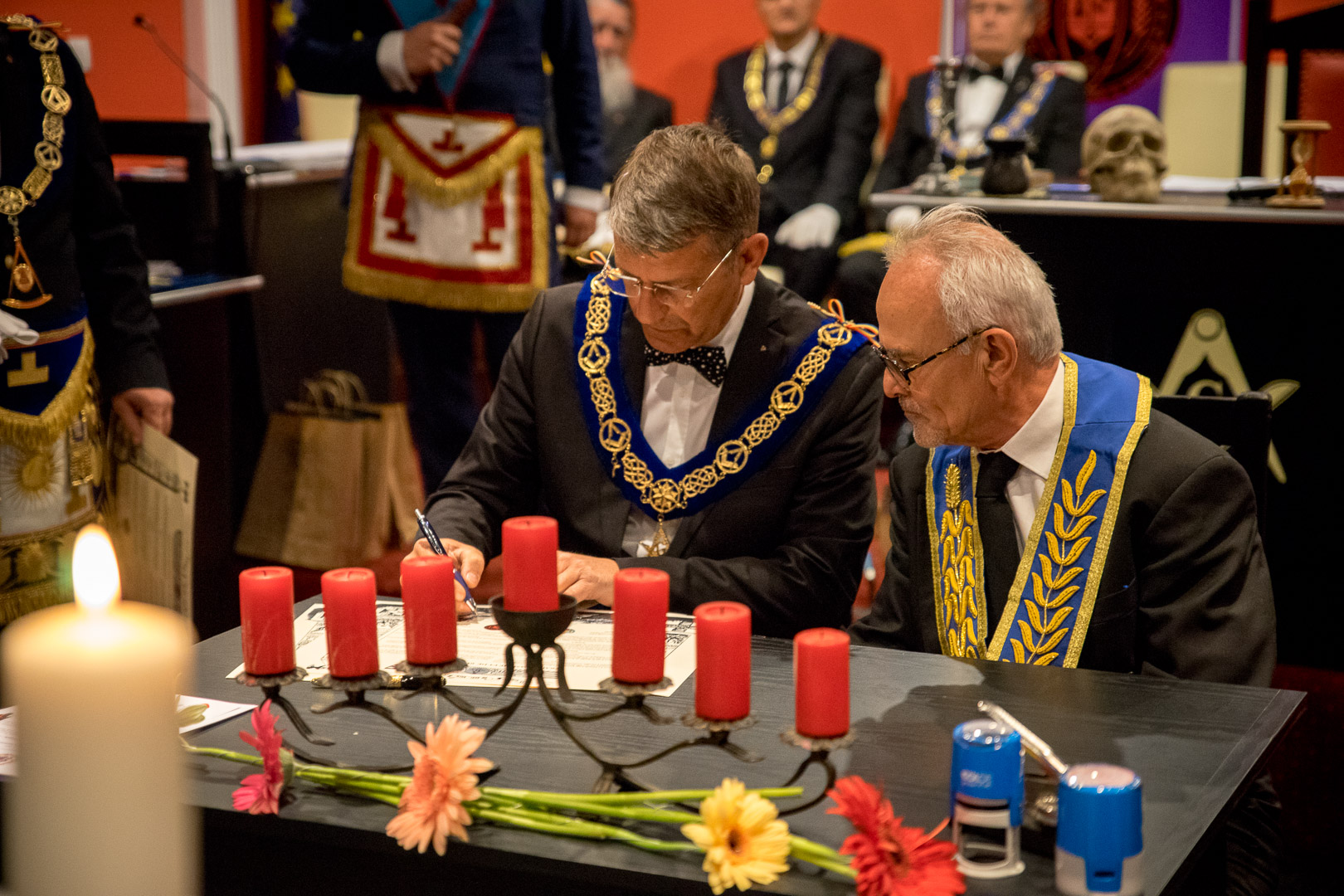 A week away from “The Last Supper”, an event that gathered Brethren from across the country but not only, on April 23rd , a day of great importance to the Christian world, the Saint
Gheorghe, the Grand Lodge of the Royal Art Study celebrated the signing of two new treaties
of mutual recognition and friendship with:

In this solemn framework were also present:

The event was preceded by the Ritualistic Agape, at the Capitol Hotel’s restaurant,
Brasov, where Brothers from all the Grand Lodges mentioned above reunited in the Fraternity.

error: Sorry, right click has been disabled. Your IP address is being monitored!