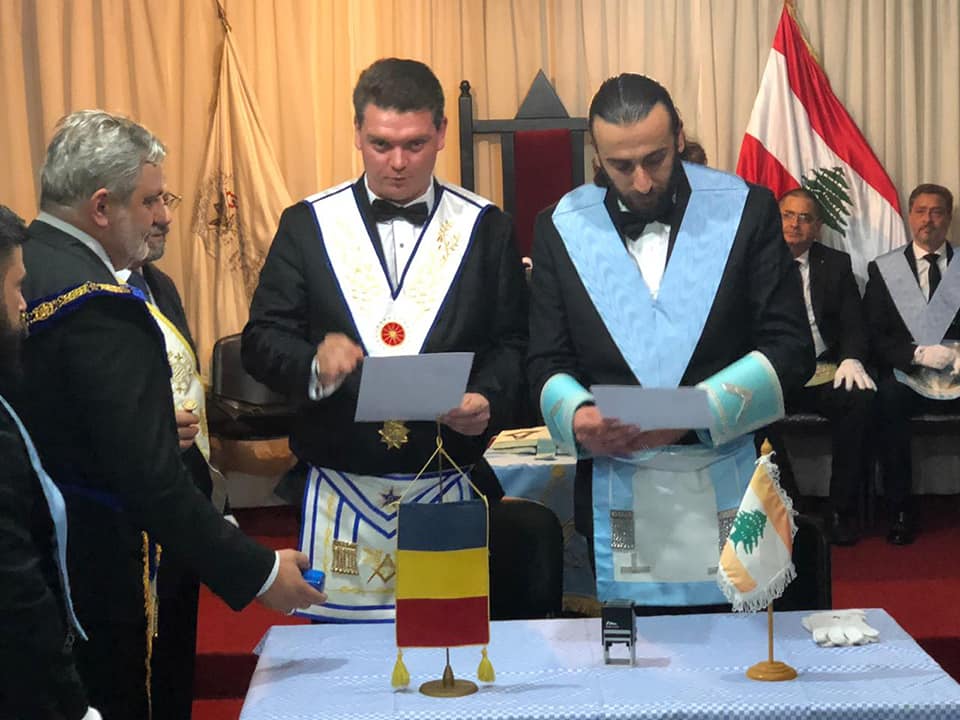 The Grand Lodge of Royal Art Studies was represented in the Lebanese Grand Orient in Beirut, hosted as a guest of the Lebanese Grand Master. The spokesman, Bro. Antal Istvan, was charged with clearly outlined objectives by P:.R:.F:., The Grand Master, Vranceanu Silviu Alin. During this official in the Lebanese capital several targets were set that the two obediences have agreed to implement in the future, as well as discussion of common projects in both the medium and long term. Also at the same event a treaty of friendship and recognition was officially signed between R:.L:. Sol Invictus nr. 13 from Or. Brasov and R:.L:. Noble from Or:. Beirut, under the auspices of the G:.A:.O:.T:.U:.