Sadoveanu was a writer, born raconteur, – “,a novelist, academician and political man, but the single most important thing is that he was one of the most important Romanian writer of the first half of the twentieth century. In 1910 he was appointed the executive director of the National Theater in Iasi. Contributor at the magazine Samanatorul, but he is one of the fonding fathers of the magazine which appeared in Iasi, Romanian Life.
He was the president of the Writers Union in Romania, and starting with the year 1921, is a member of the Romanian Academy. Having received the Lenin prize for Peace in 1961.
Is initiated in Freemasonry in January 1927 and shall enter in the  Dimitrie Cantemir lodge in Iasi. Has a quick ascension, by becoming a member of the Supreme Council of 33 and last of the Ancient and Accepted Scottish Rite in Romania” and participates in the inauguration of the Masonic Temple in Bucharest 1930. Will keep this function until the year 1937 when the Masonry will be prohibited by law.

Writer and dedicated to historical studies and to the revolutionary activities, is one of the founding fathers of the secret brotherhood society known as “Fratia”, who where direct risponsible for the  revolutionary movements of 1848 (some sources claim that has been the Venerable Master of the “Fratia” lodge in Bucharest in 1847). It is considered by many specialists as being one of the most important European revolutionaries of the time. His entire work is based on the idea of, progress as the law required for history. It has also been a militant of conquest of the freedom of the twinning nations. 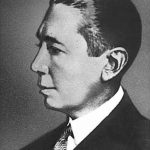 A political man and an exceptionally diplomat, has revolutionised the European world with its vision. The united in diversity is the concept which can be found in the doctrine of  is now in  the European Union. In ocuppided several times the office of minister of foreign affairs. In 1921 he was permanent delegat of Romania in the League of Nations in Geneva, being chosen twice (1930 and 1931) President of international organizations. In this role he militated against revisionism in Europe, for the preservation of the boundaries laid down by the treaties of peace, for good neighborly relations between  big and small states, for compliance with the sovereignty and equality of all member in international relations, for collective security and the prevention of aggression. He was appointed Knight of  peace in the world.
There are no known exact data on the place and the date when he  has been initiated in Freemasonry, but most probably this event occurred during the period of study in France. 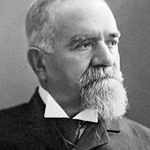 Represents a figure of  epoch of training the Romanian modern education and the founding father of the literary society known as “Junimea”. Maiorescu is one of the biggest literary Romanian critics. He graduated as first in his promotion at Theresiana Academy of Vienna, continuing his studies in Berlin and Giessen where he obtain his doctoral. Obtain his license in philosophy (at the Sorbonne), lowercase and law.
Occupied along the time functions of minister of religious cultes, justice, foreign affairs, prime minister and a diplomat in Berlin. Between 1892 and 1987 becomes the rector of University of Bucharest.
In Freemasonry has been initiated in Iasi, in “The Star of Romania” lodge (26 November 1866). 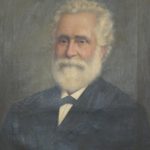 One of the most important liberal politicians in the history of Romania, founded and held the office of president of the National Liberal Party(PNL). Attended the Revolution of 1848 and occupied several important political functions: Finance Minister, Internal Affairs, War minister and prime minister. Has been named Honorary Member of the Romanian Academy.
Has been initiated in Freemasonry in 1846 in Paris in “Athenaeum of Forreners” lodge, after which are affiliated whith “Perfectei Rose Pauses” lodge in which he shall be granted, on 14 July 1847, the degree of “Master”. In 1848 was affiliate whith Bucharest “The Brotherhood”(“Fratia”) lodge, then returning to Paris where he will be arrested after a few years for participation in the attack against Napoleon III . Goes back to Bucharest and founds in 1857, together with the other brothers who came back from exile the lodge ” Star of the Danube”. 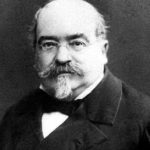 Was a politician of the Liberal orientation, lawyer, historyan and Romanian publicist, who has become a prime minister of Romania on 11 October 1863, after the uniting of 1859 of the Danube principalities during the rule of Alexandru Ioan Cuza, and later also served as Minister of Foreign Affairs under the reign of Carol I. As Minister for Foreign Affairs in 1867 and in the period 1877-1878, Mihai Kogalniceanu associated his name whith the act declaring the independence of the Romanian state.
It must be known from the publication “Dacia Literara” who gathered the fourtyeighter writers, publication who was under the control of Mihail Kogalniceanu, through which he explained how important is the promotion of our history, of our writers, without being a need to inspire from the writings of other nations.
His masonic activity, it is known that he has the venerable master of a Bucharest lodge from  1844. 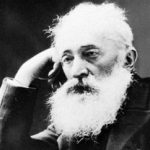 Militant unionist, anti-dynastic, anti-junimist. The President of the “Romanian Association of the Encyclopedic” and a member of  foreign scientific companies in Baltimore, Cracow and Paris. A member of the Romanian Academic Society (1877) and vice president, on several occasions, of the Romanian Academy, during the period 1885-1906.
Hasdeu flirted with politics. The partisan of Mihail Kogalniceanu, Agreeing whit the coup in 2 May 1864 of Alexandru Ioan Cuza. Subsequently agreeing whith the dynasty of extraneous matter, of Hohenzollern, then on the same line of thoth of pan-European invoice, had become a member of the National Liberal Party(PNL), reaching liberal deputy in the Parliament of Romania.
After the death of his only daughters, Iulia, in 1888, has become a mystical ardent and practitioner of spiritismului, he built the castle of Iulia Hasdeu in Campina. In spite of the critics, very harce sometimes, upon the working methods, Hasdeu remains a great man of culture, a warrior, researcher and a pioneer of several domains of philology and history of Romania. 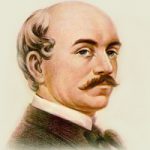 He asserted himself as a poet, prose, writer and playwright. He took part in the revolutionary movement from 1848 in Moldova, founder of one of the programmatic documents and has spent a year of exile in France. Back in the country, take part in the fights for unification of the principalities Moldavia and Walachia, is among the devoted men to Al. I. Cuza and is sent by Cuza in many diplomatic missions in France, Italy and the United Kingdom, in order to determine the great powers to recognize his double the elections. Held the office of director of the National Theater in Iasi.
A founding member of the Romanian Literary (1867) and honorary member of the Romanian Academic Society (1871).
About his Masonic life, it is known that in the year 1857 was an active member of a lodge in the capital of Moldova. 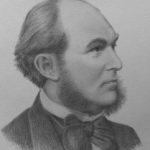 General, doctor and pharmacist in Romanian he has of  French origin. He studied medicine in France. He has been employed for organization of  health service of the army of the Romanian Country (1853), the doctor-in-chief of the Military Hospital (1864), general inspector of  health in the  army (1864-1884). Has created the “School of Small Surgery” (1855), the “Faculty of Medicine” (1869) and the National Company of “Red Cross” (1876).
On May 5, 1874 was proposed for initiation into the  “Wise men of Heliopolis” lodge. Initiated on 4 June and chosen Venerable of the lodge on 14 June. In the same year, participate in Paris to a meeting of the Keep Lodges under the obedience of the Grand Orient of France. For the first time in the history of Franc-Masoneriei indigenous, general concourses were represented by a Venerable at a meeting held by the international community`s. In 1879 he was a member of the Central Committee of the Romanian Masonry and from that year, for nine years, the first Pro Grand Master of the Grand Orient of Romania. It has also been the guarantor of friendliness of lodge, for “Sort Benches Benevolent People” in Paris, the “Silence of Barcelona” and “The Peace of Port Louis”, “Mauritius Islands”. A nephew, Carol (CITA) Davila, Romanian Mason, he was a minister Plenipotentiary to Washington in the past century. 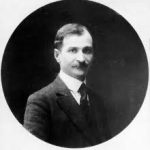 Engineer and inventor, pioneer of the world aviation, the manufacturer of the first plane in the world, licensed in France in 1903.
He also invented a generator of original efficiency high heat steam, licensed in more than one country. A member of the Romanian delegation to the Peace Conference in Paris (1919); has participated in the movement of the resistance in the Second World War, as the president of the front of  Romanian National in France.
He was initiated on 4 August 1919, in the Ernest Renan lodge from Paris, together with Al. Vaida-Voevod and with the other members of the Romanian delegation participants at the Peace Conference in Paris.