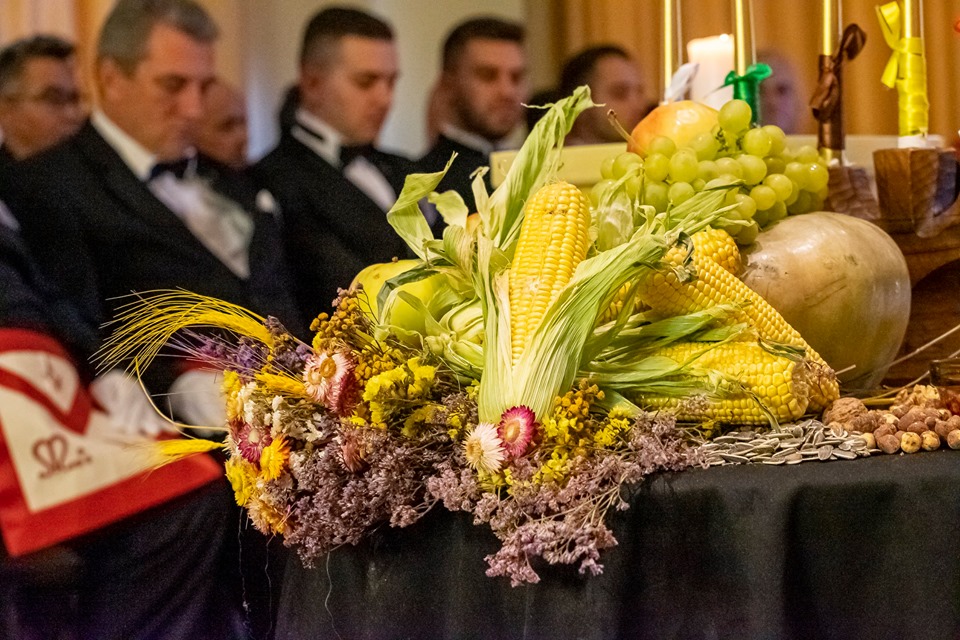 No fireworks or countdown, yet a burst of feelings and a daily order so thrilling, we officially started the new Masonic year.
Saturday 21st September 2019, took place the event that started a new schedule of work for the Grand Lodge of Royal Art Study.
The ceremonial ritual of the autumn equinox celebration, a moment of balance that brings us gratitude and brought up motivation and love for work through the spirit of Brethren present here.
Brethren all over the country and abroad (Italy, Spain, and Montenegro) have lived together with the thrills of rejoicing after the masonic holiday. Our host for this event, R:. L:. Albert Pike, thru W:.M:. and settled officers, have wrapped our minds and souls through a symbolic ritual of a great profoundness.
The second part of this grand event was presided by P:. R:. Br:. Vranceanu Silviu, assisted by Grand Officers and dignitaries of the Grand Lodge of Royal Art Study, in the execution of a great sacred task: The Lighting of the Respectable lodges: Solaris no. 4 from Or:. Baia Mare, Cotiso no. 8 from Or:. Resita, and Horea No. 47 from Or:. Cluj Napoca. On the same day, continuing its activity R:. L:. C.A. Rosetti no. 30 from Or:. Bucharest. Two Grand Dignitaries have pledged they’re oath and taken over the functions of Grand Hospitalier and Federal Counselor in the Grand Lodge. Former W:.M:. of R:. L:. Albert Pike, R:. Br:. Sabin Mircea Rus has received the function of Pro Grand Master and will have under its arms, the lodges from Or:. Cluj and Or:. Baia Mare.
Charged with positive energy after the rituals, we continued our celebration of the solstice at the Crying Monkeys Restaurant, where we tasted from the fruits of the earth of this year, which was a great privilege of fraternization, socializing and hardening the universal masonic chain.