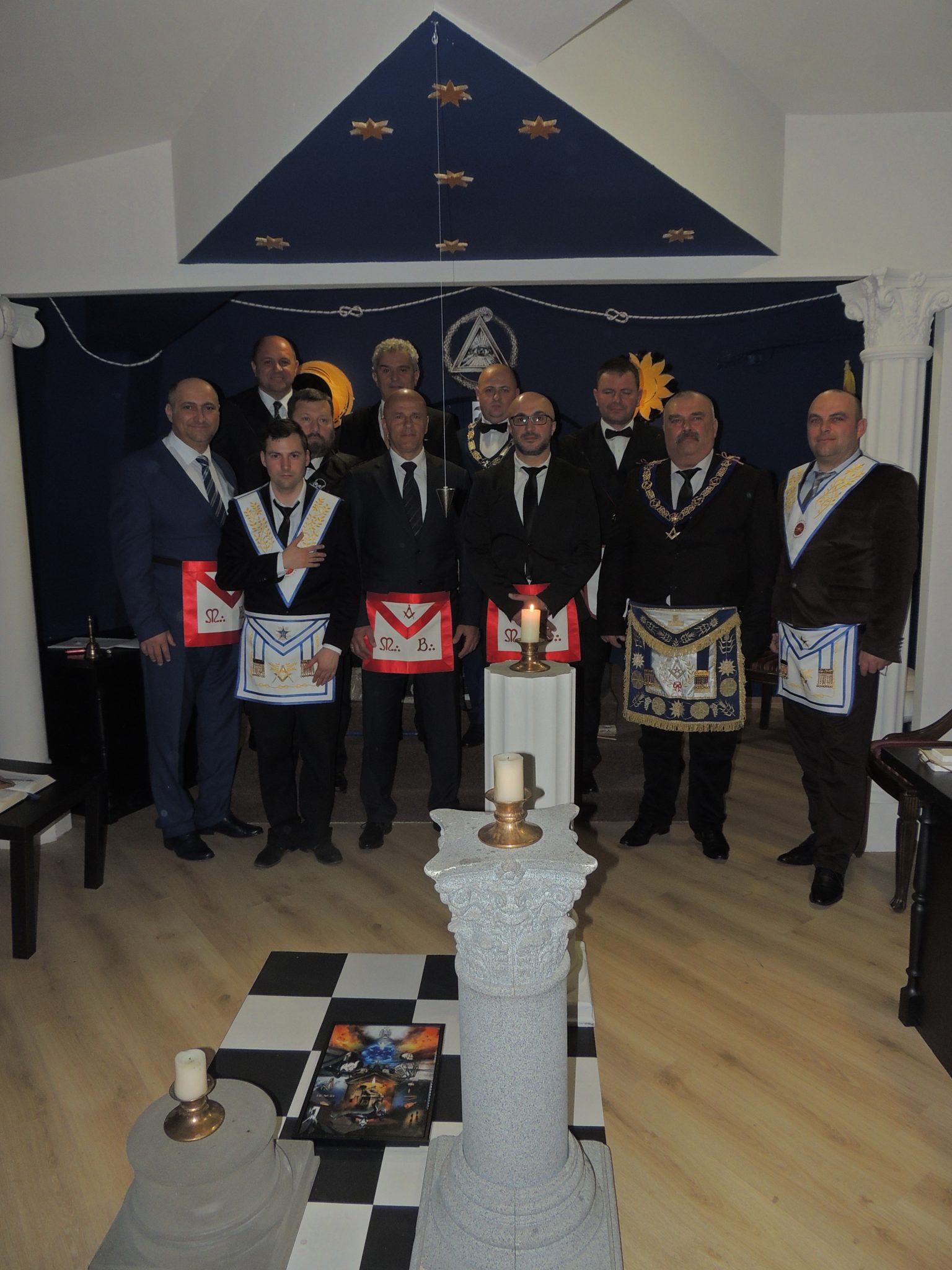 18-20 March, 6017 Y:.L:. was a period marked by a festive event for our Brothers from the Independent Grand Lodge of Freemasons of Montenegro, when they had been celebrating two years of masonic activity.  Representatives of the Grand Lodge of Royal Art Study, in the spirit of Universal Freemasonry, had the honor to feel the emotion of the moment in this festive ceremony. Our delegation was composed by:

The ceremony was preceded by the ritualistic agape, where all brethren had been celebrating in the most fraternal way. The visit was mutually beneficial, we had established more common projects, which will be realized through hard work, perseverance and fraternal spirit, with the aid of the G:.A:.O:.U:.